This post is long overdue but while we were quiet on the blog front we've been busy at work on the game! The big highlight this update are a new logo, the addition of costumes, removal of damage cap, a huge list of bug fixes and a few teasers of some things we are experimenting with/working on.

This is the new ROSE Next logo, courtesy of our staff member Renz! A big thanks to him for designing this for us. Nothing is official until it has a nice logo. 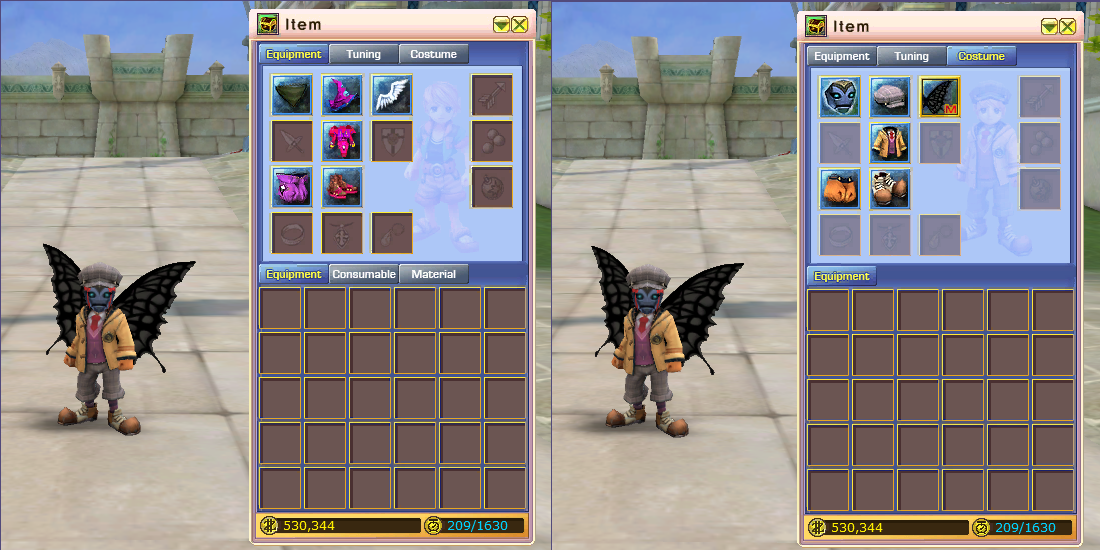 Thanks to the hard work of our dev Flowan, we now have costumes in the game! Costumes are purely cosmetic and any item that you meet the requirements for can be worn as a costume. Your costume will be displayed instead of your armour to yourself and other players. It also appears on the character select screen. Costumes come from your inventory so you must have the item to equip it as a costume!

Since many other ROSE versions support costumes, players have come to expect this feature by default. However, this functionality was not available in iROSE and in the code we based our project on so we needed to build it from scratch. Big props to Flowan for implementing this feature.

Note: The UI you see here is a temporary UI and will not be the final UI for inventory/costumes

A long standing limitation of irose was that damage was capped to 2047. We removed this limitation so damage is uncapped! Strong enough to do 9,000 damage? Well now you can! We will be experimenting and testing to see how this impacts PvP and PvE but due to our low level cap, we have not seen any unbalanced gameplay. 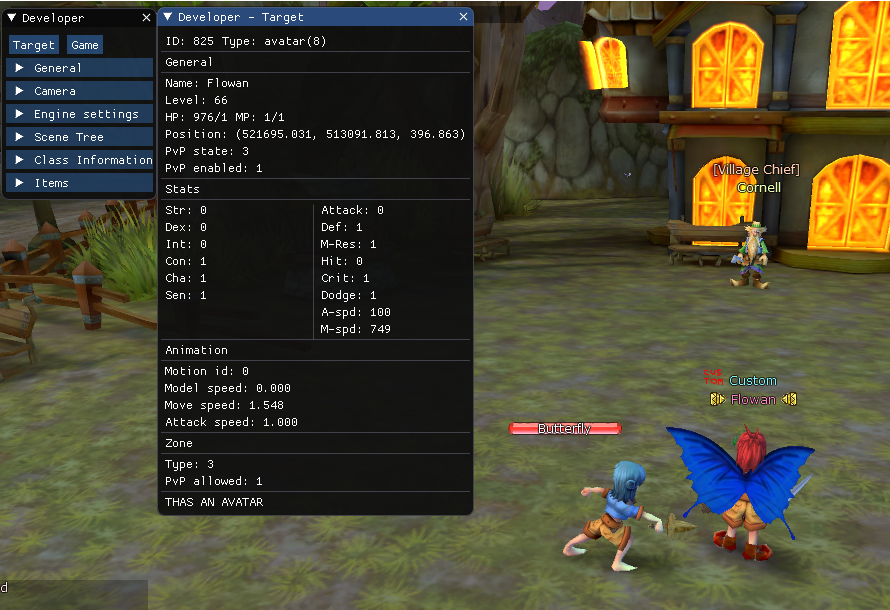 Previously, pvp state was implemented on a per-map basis. A map was either a pvp map or not. We've made some changes that allow us to control pvp not only on a per-map basis but also on a per-character basis (including mobs and npcs!). While this change on its own is rather banal, its potental is very exciting! It opens up a lot of opportunity for us to design and experiment with new pvp features. For example, with this change we can implement dueling in non-pvp zones, NPCs that can be attacked and attack you back or a karma system whereby bad players are always attackable! We are looking forward to exploring some of these ideas down the line.

We also moved all pvp state to the server side, fixing an exploit where cheaters could trigger pvp anywhere. 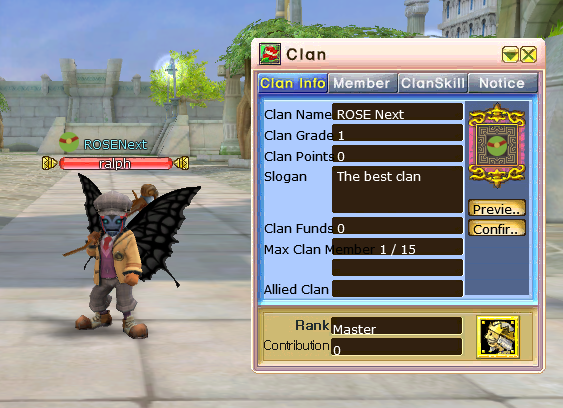 If you've been following our previous updates then you would know that one of the lingering items left from our big database conversion was clans. We've been making steady progress to port clans to the new database but not every feature has been fully ported. In this update Flowan came to the rescue again and ported over more critical clan functionality!

At this stage, all clan functionality has been ported to the database with the exception of clan skills! 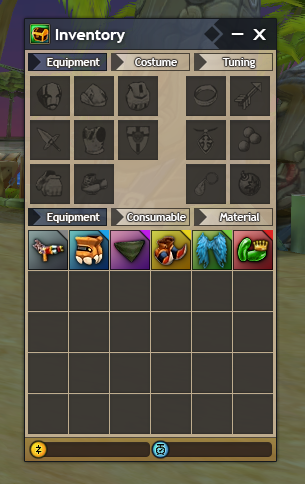 Since our last update we've had a new member join our dev team. Nathzarel has joined us as a designer/photoshop wizard and he as already been hard at work. He's iterated through several different UI prototypes and icon styles. The above screenshot is of our latest iteration and the one we like the most so far. ROSE Next will have a completely unique UI and icon set! Nath has his work cut out for him.

Besides the main features above we've been hard at work fixing bugs, adding minor features and doing a lot of technical grunt work. We have been slowly building up and enhancing our tooling including incorporating a map editor, adding more advanced debug menus (spawn item, teleport, etc.) and rewriting parts of the code (we entirely rewrote the STB loading code!). Some of these things are not too interesting for our players so we will refrain from listing them out but rest assured, there is a lot of work going on and this project is alive and kicking.

Here is a list of gameplay changes and fixes that we made since the last blog post:

Below we share some "bloopers" from our work since the last update. We also share a few clips of some functionality that is heavily WIP but is very exciting!

Here we see a dev testing out his fix for some drops not having a model when it drops. To celebrate fixing zuly appearing on the ground, he made it rain. 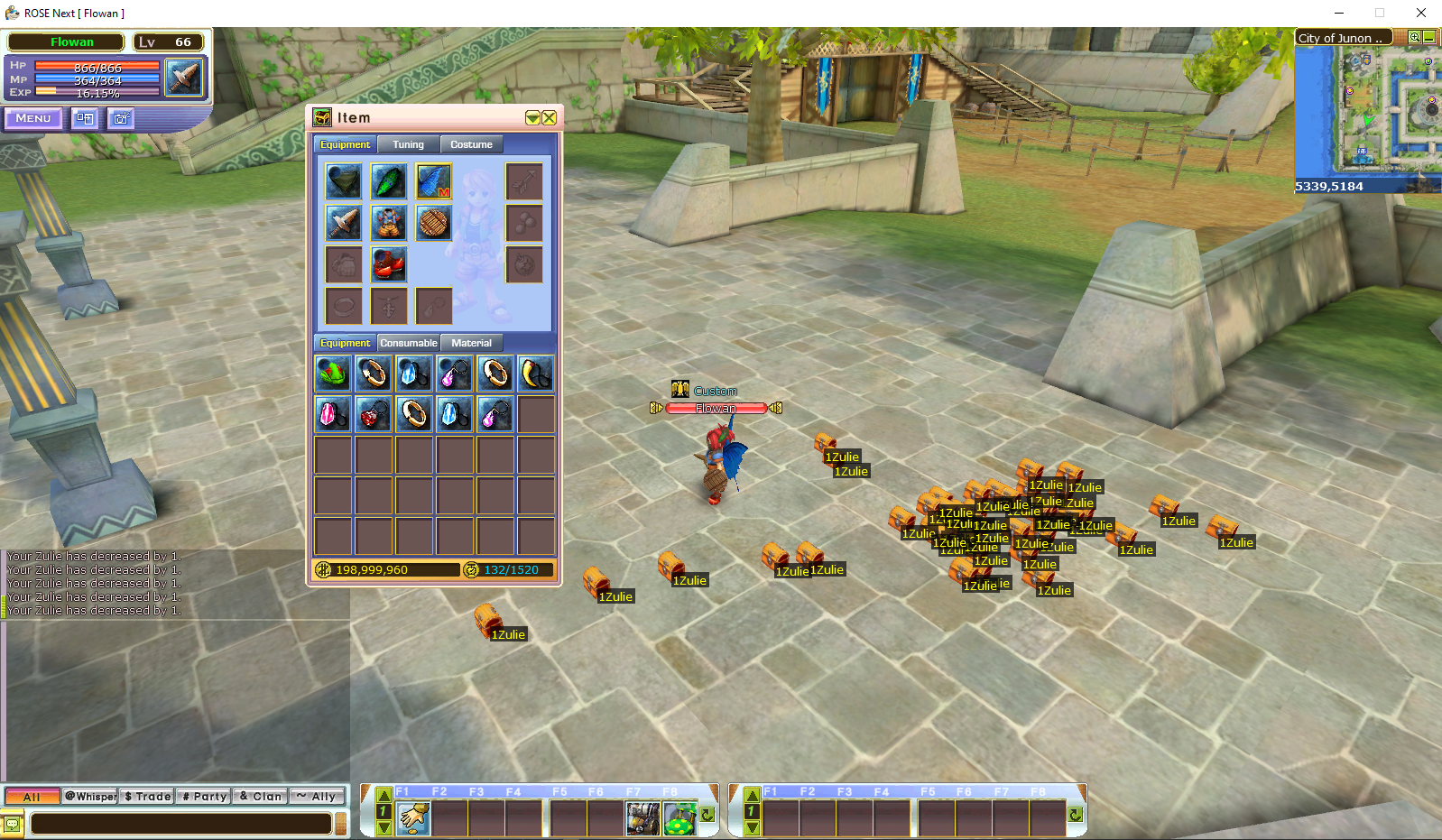 However, the fix is not always that simple! Below is a failed attempt of a fix fix where dropped zuly is showing up as vending shops insteat of little chests! 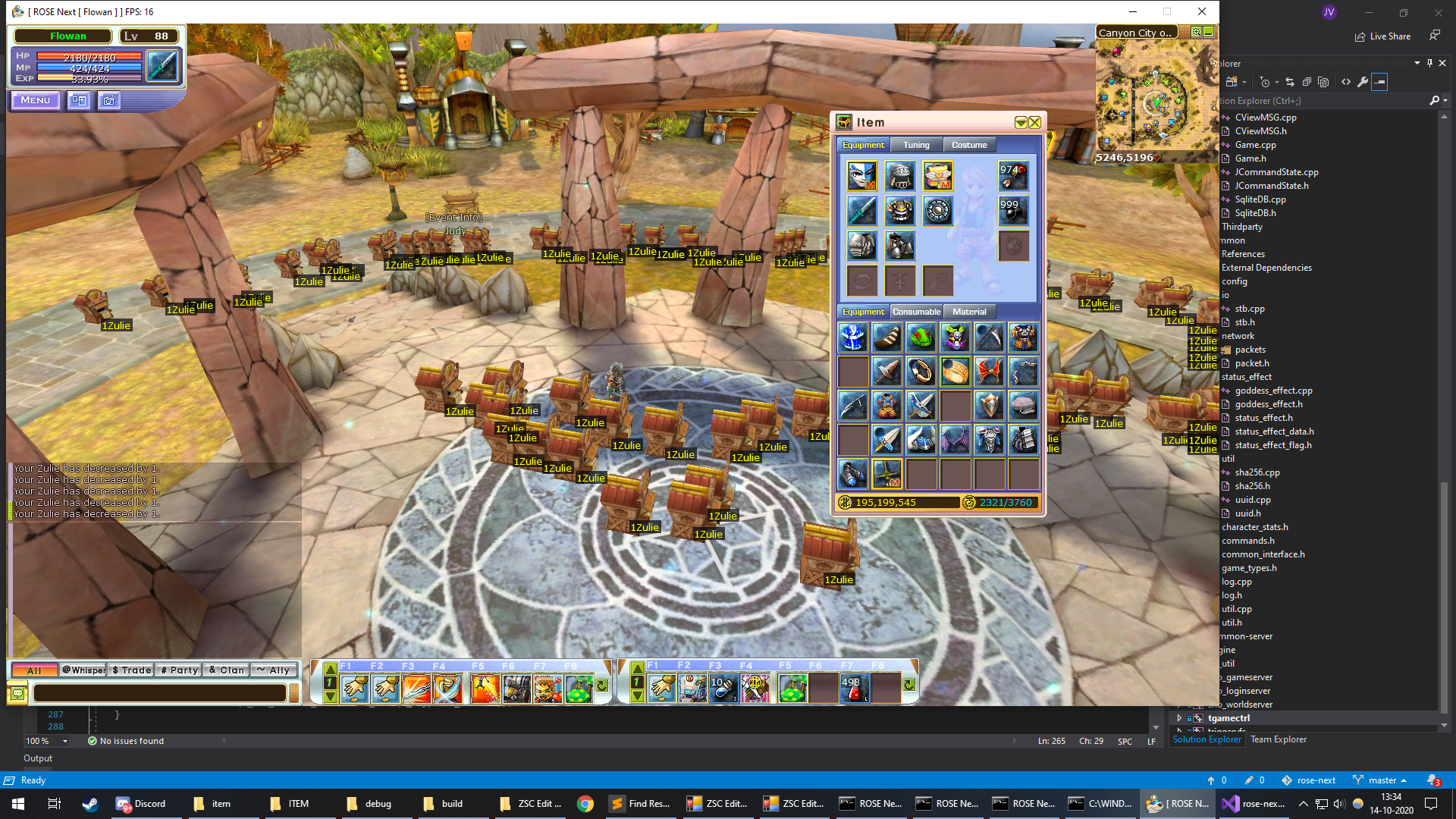 One of our devs randomly discovers this guard is missing his spear...He must have been embarassed to have lost it so he pretends he still has one and hopes nobody notices but we noticed. 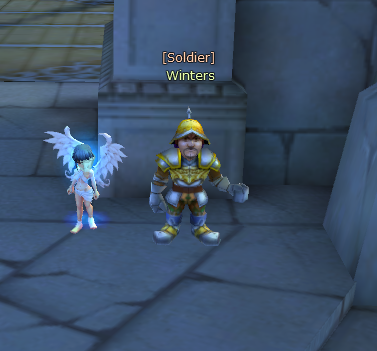 One of our devs broke some textures while trying to improve texture compression. Oops. 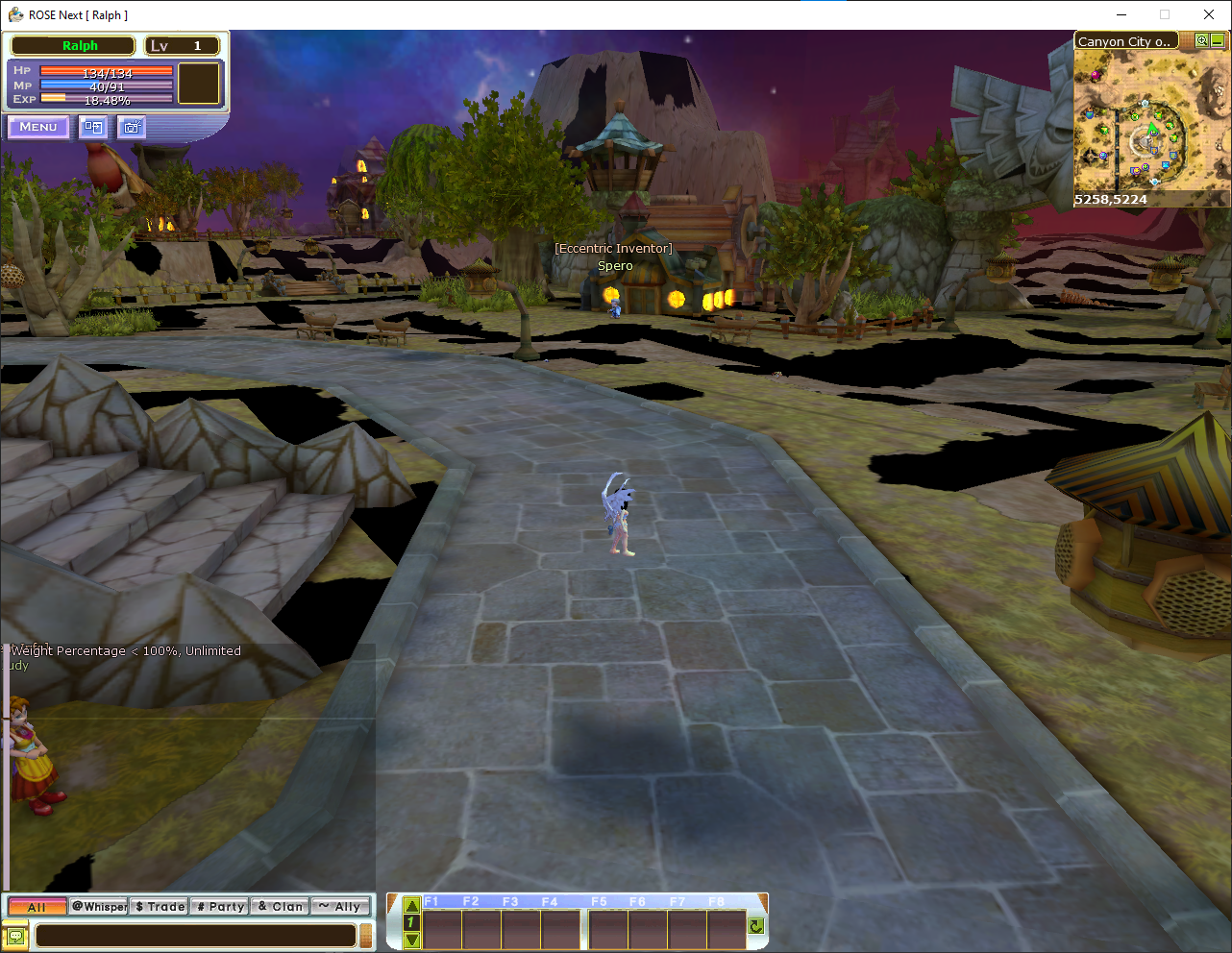 Here the game breaks after a dev tries to update the engine to a publically available improved version...Guess we'll have to wait on that upgrade, who needs SSAO anyway?! 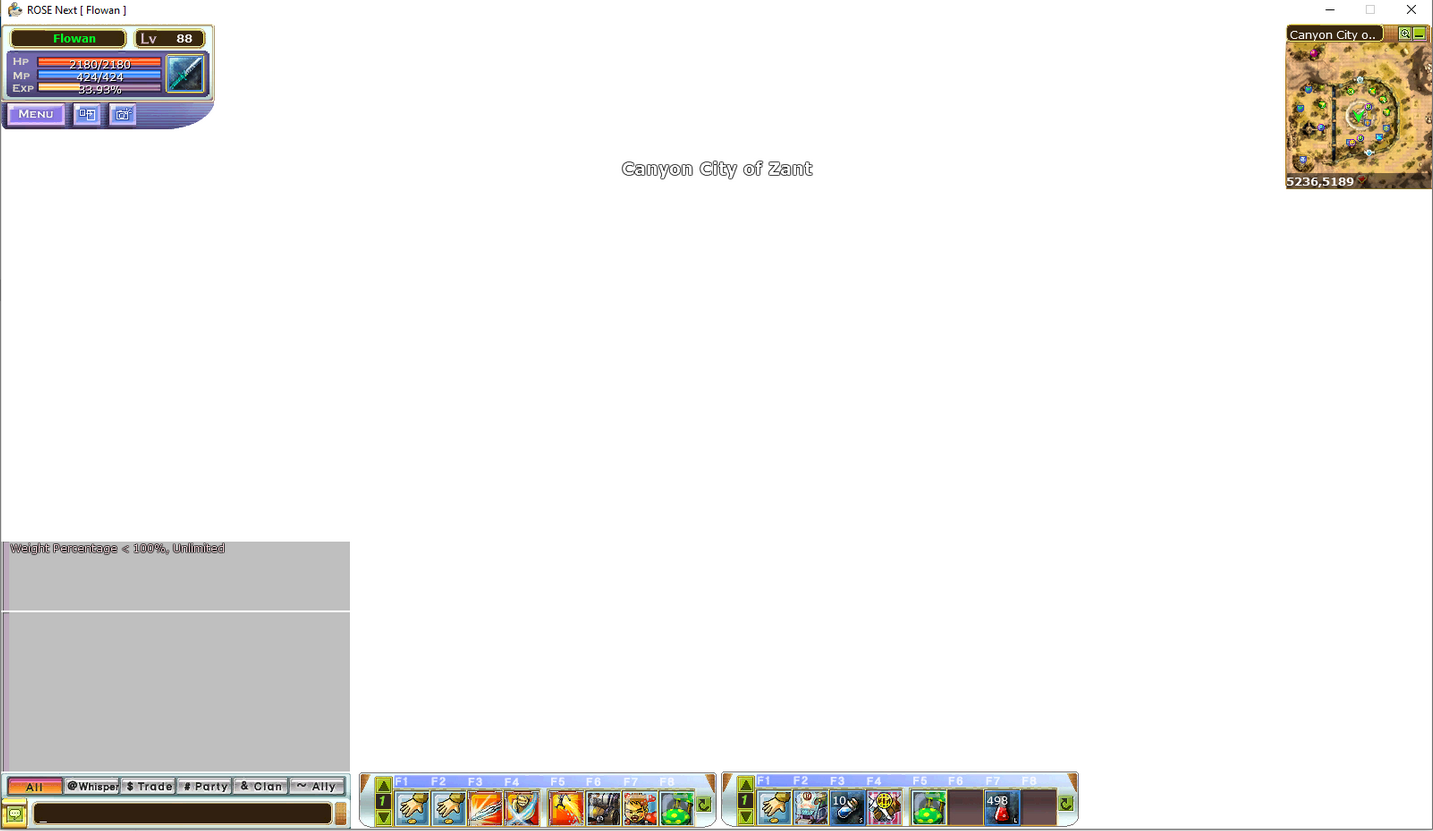 We discovered this horrifying item in our client. Horrible. 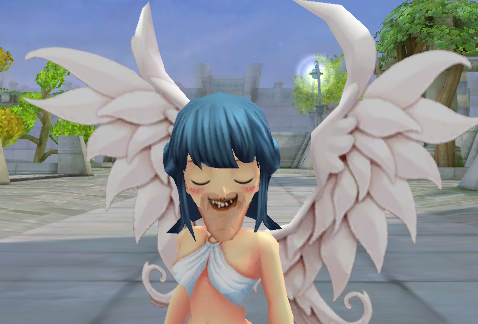 A dev's initial steps to add an item spawning dev ui result in a bad outcome where instead of displaying an item icon we repeatedly display the entire icon sheet. Welp good thing we fixed that one. 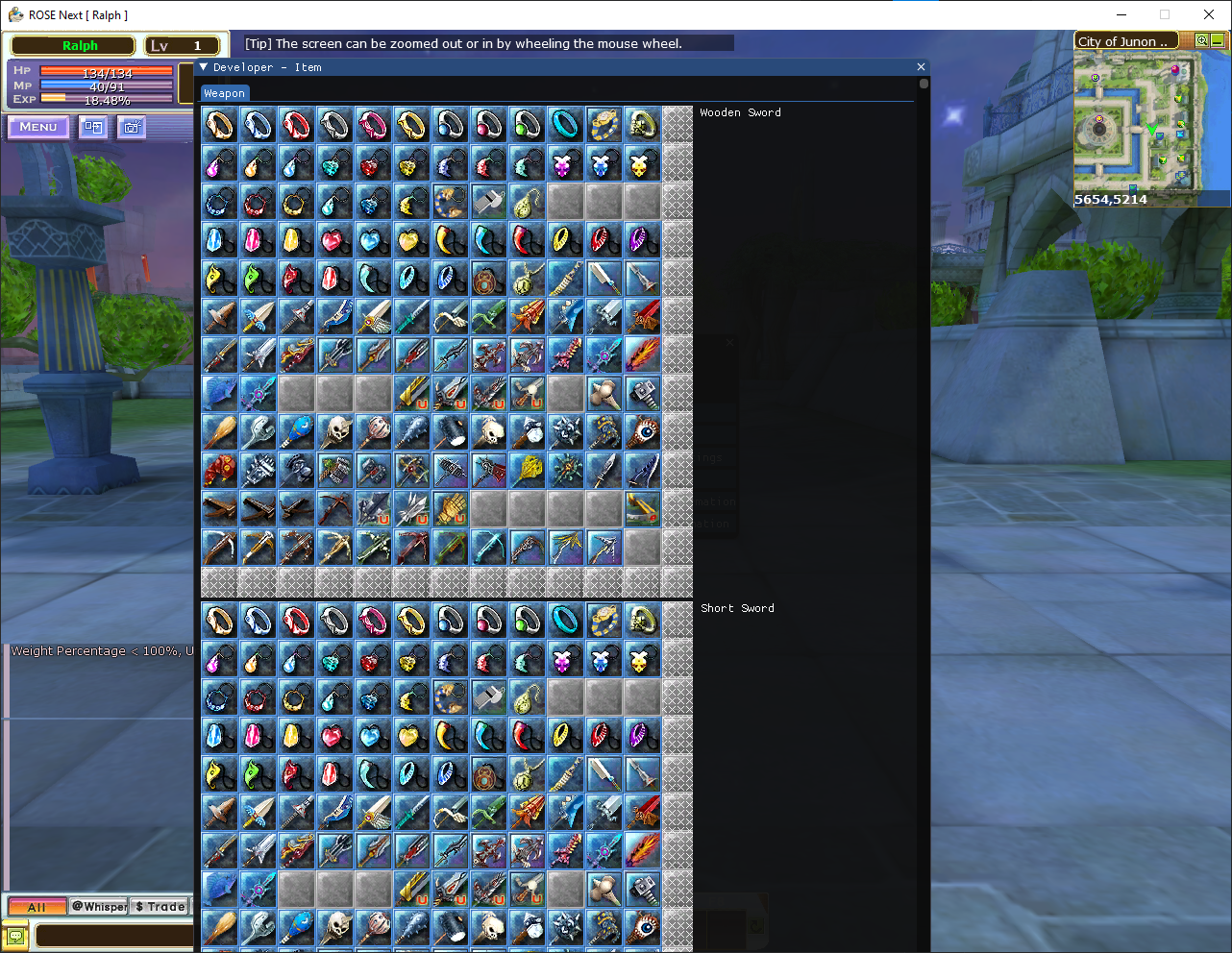 The ride request skill was fixed and here we see a dev testing it out! There's still some issues around it so we've removed access to the skillbook for now. 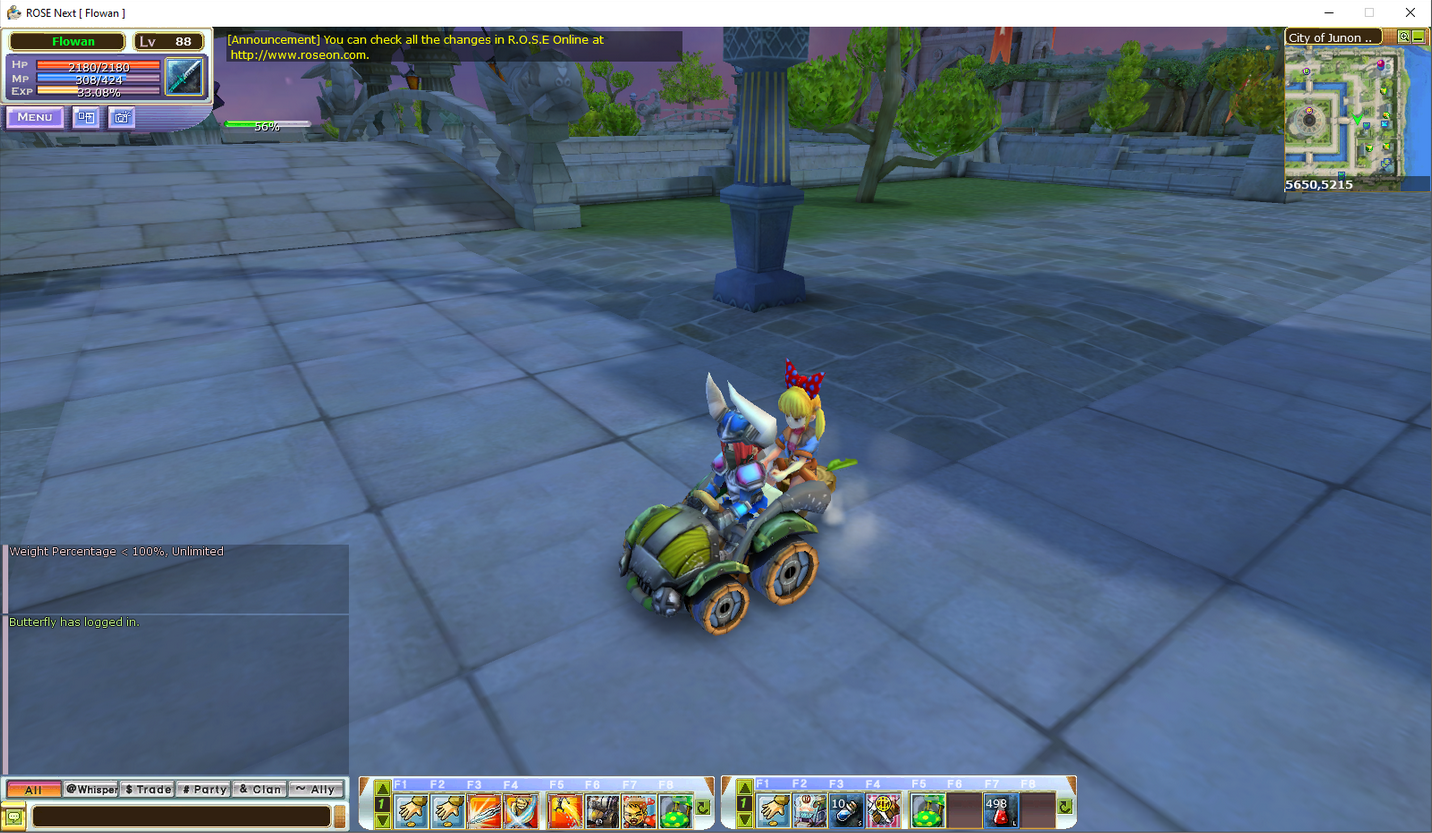 Doesn't seem safe driving around with that pointy thing! A screenshot where we discover a bug where weapons are still visible when riding carts. 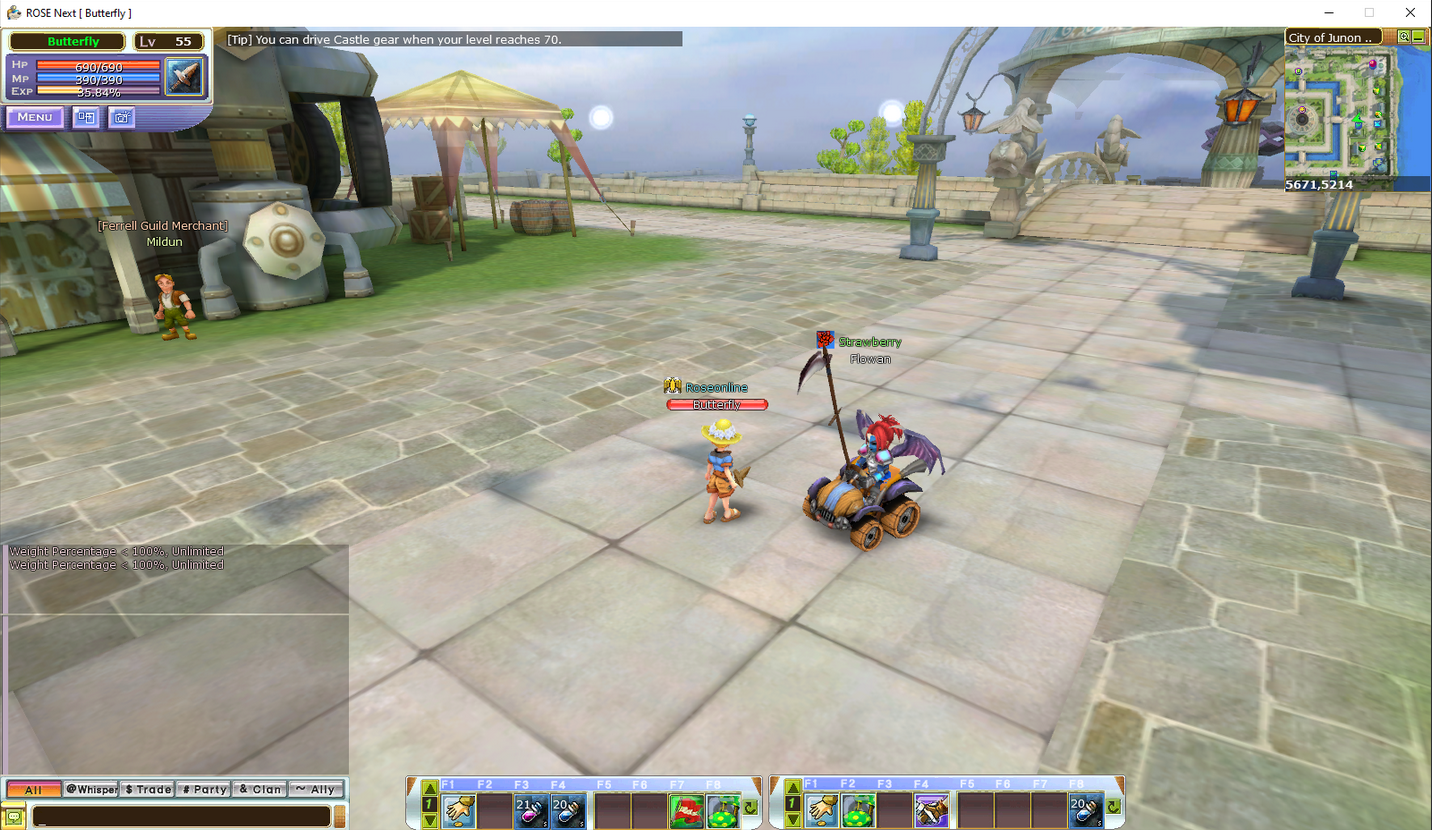 Playing around with character sizes! Lots of potential for this one that we're mulling over. Juggernaut game mode? Growing buff? GIANTS? 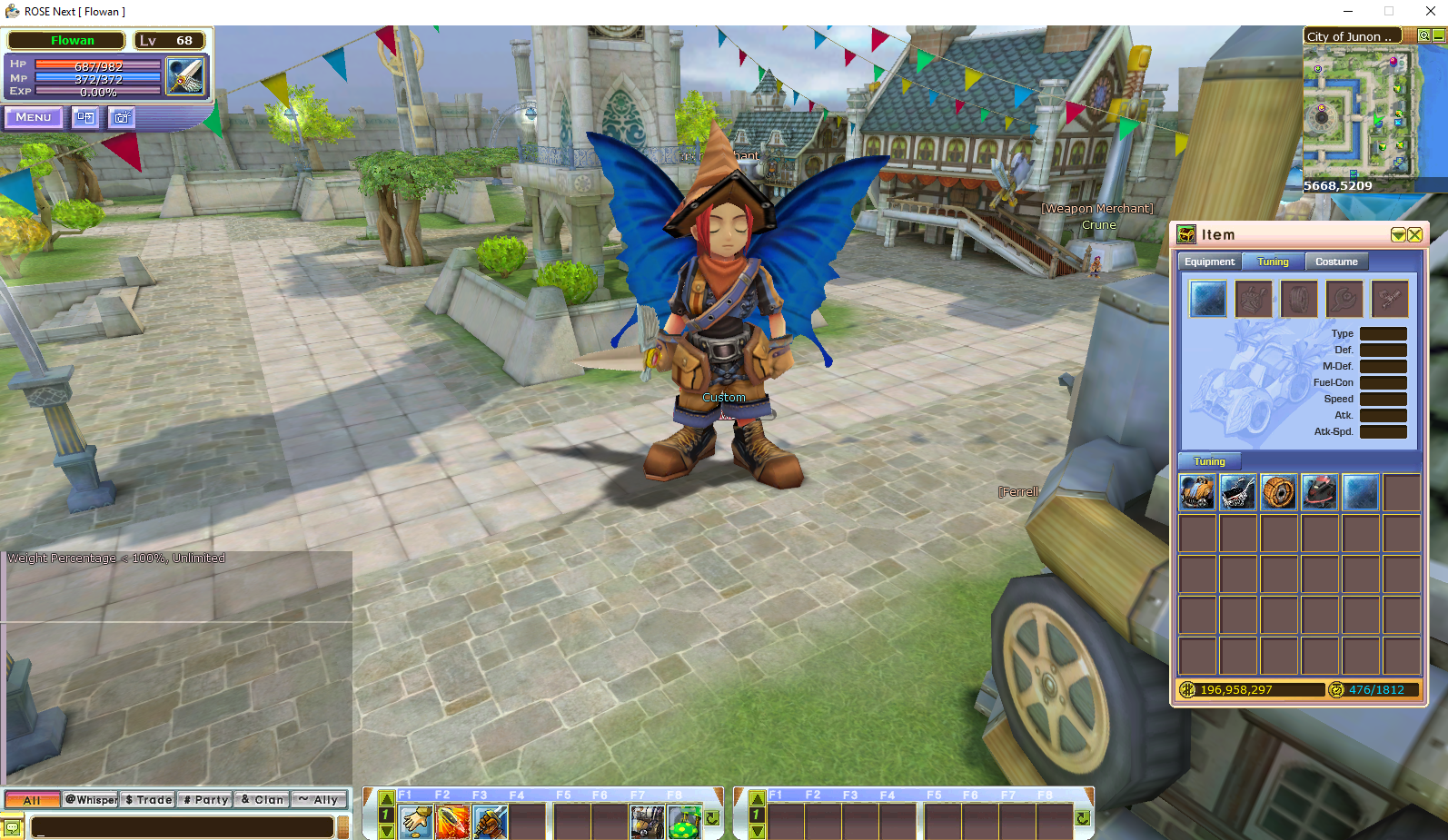 A giant character test would not be complete without a mini character test. Wonder who would win, a mini-jellybean or a mini-hawker? 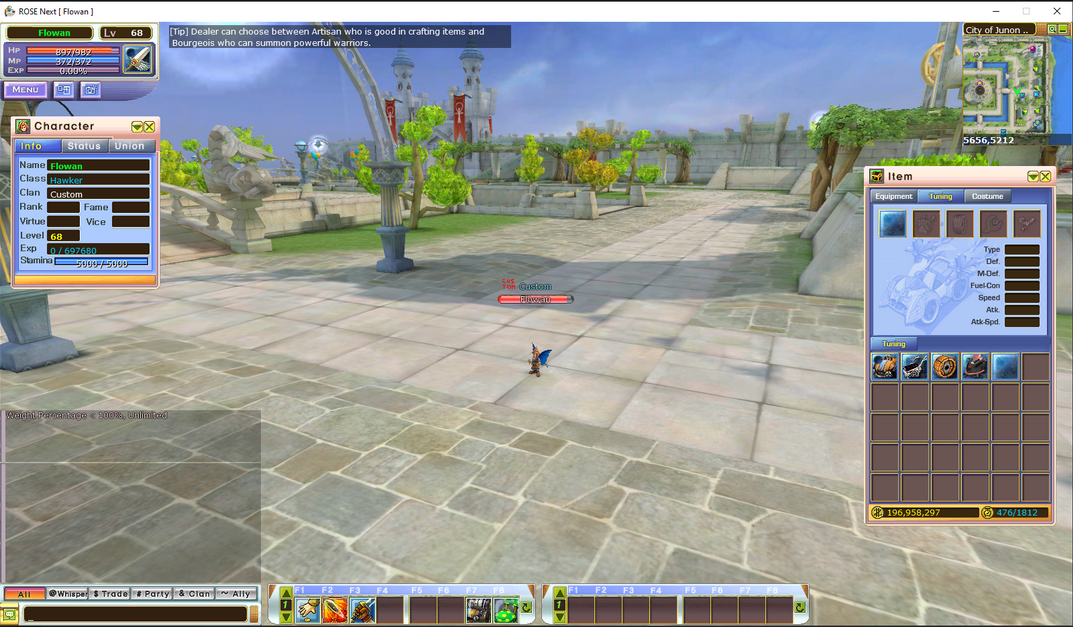 Players asked for it and we are working on it! Early stages of mount development. We are still working on the implementation and still have not planned the integration. Lots of ideas for mounts, carts and castlegears in the future! 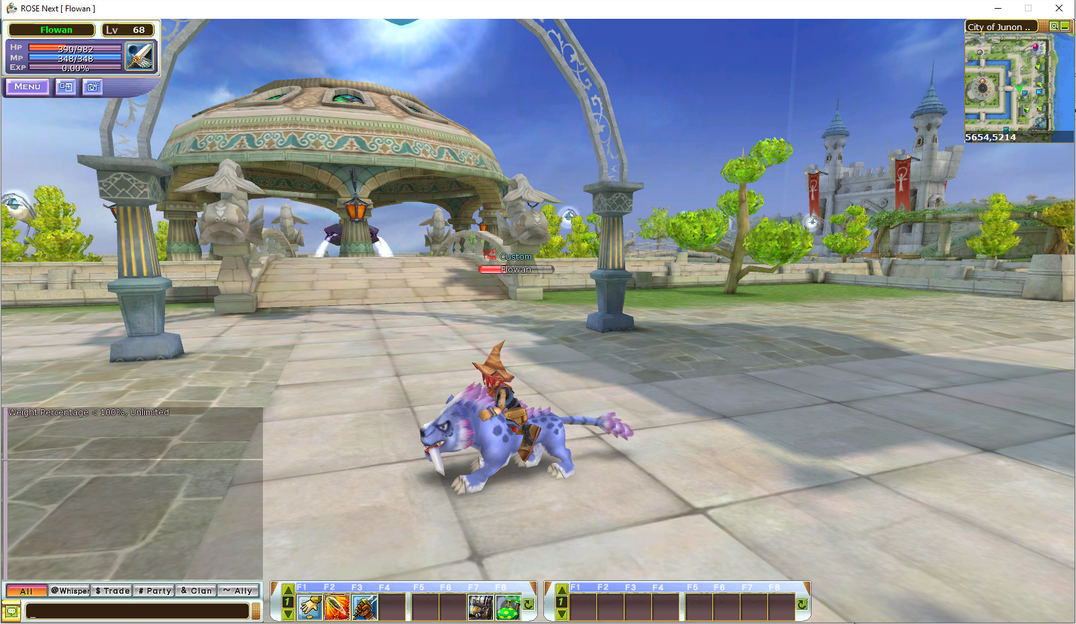 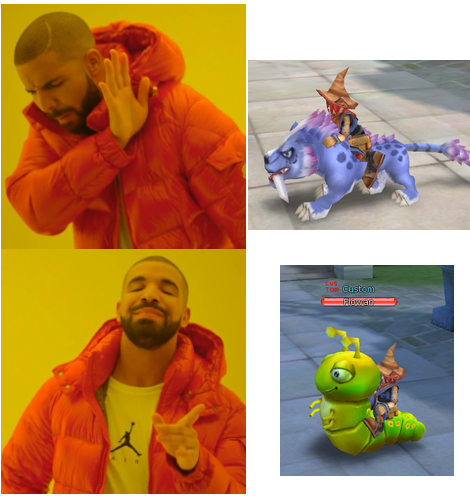 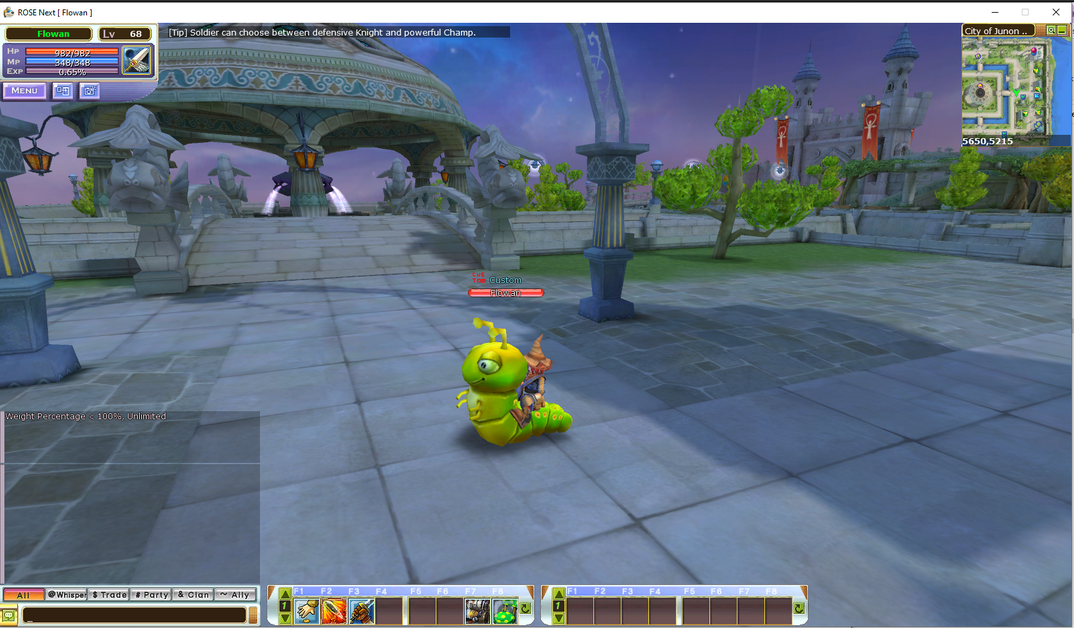 Here's the mount in action with different animations. Actually being able to move somewhere is already fixed, this clip is just a bit out of date.

Testing to see if we can improve performance and FPS stability when there are many objects by queueing their loading. Promising results but still needs more research!

A happy accident turns into the basis for a new feature! Here we find inspiration in a bug which left a dev moving a mob instead of their character. We thought this was awesome and are planning to use it as the basis for the new cleric. We're planning to allow summoners to control their individual summons. We'll keep you posted on our progress.